To provide a green friendly solution to ductwork at the new CHK Boathouse. The premier facility will serve as a boathouse, live music venue, art gallery and more.

UnderDuct was used to provide displacement ventilation for the latest addition to the Oklahoma City riverfront, the CHK Boathouse. Over 230’ of 16” diameter UnderDuct was used on the project, including many lengths of smaller diameter duct, fittings, and boots. R.B. Akins, Monoxivent’s local representative, worked with the design firm and contractor to ensure all project specifications were met. UnderDuct was the ideal choice of product at the waterfront rowing facility because of the corrosion resistance of the duct in the waterfront environment. The CHK is part of an overall Boathouse District in the city. Oklahoma City is positioning itself as a national destination for rowing competitions. The CHK facility is the second of three planned in the area.

The CHK|Central Boathouse will serve as home to the University of Central Oklahoma’s women’s rowing team. It will also include a live music venue and an art gallery, establishing it as a unique presence “where art meets the river” in the growing Boathouse District at the Oklahoma River.

“Both Oklahoma City and the University of Central Oklahoma are enjoying a time of positive change and transformation, and the development of the Boathouse District is an important part of it,” said UCO President Roger Webb.

“The vision behind the Boathouse District development always involved creating innovative facilities and programs that complement one another, working together to create a dynamic, world class environment unique to Oklahoma City,” said Mike Knopp, executive director of the Oklahoma City Boathouse Foundation. “The CHK|Central Boathouse perfectly advances this vision by introducing the arts to the Boathouse District and helping solidify the Oklahoma River as a destination for the entire community.”

After a generous donation by MidFirst Bank to the University of Central Oklahoma Foundation in January 2013, funding for the CHK|Central Boathouse is complete and construction is currently underway. 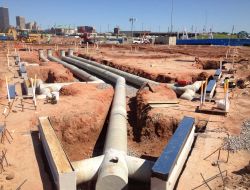 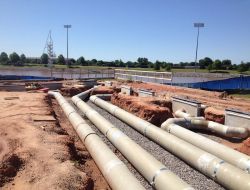 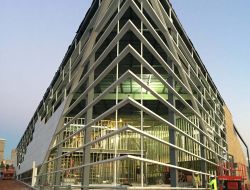