The Lincoln Municipal Airport, located 4 miles outside of Lincoln, NE has gone through many changes over the years. During World War II, the airfield was named Lincoln Army Air Field until December 1945. In 1952 the facility was re-opened as Lincoln Air Force Base and the U.S. Air Force closed the installation in 1966. It is the second-largest airport in the state of Nebraska and its long landing strip was designated as an emergency landing site for the Space Shuttle, though it was never used in this way. Currently, it is owned by the Lincoln Airport Authority and is “Gate 1” to Central and Southeast Nebraska. Today, a portion of Lincoln Airport hosts the Nebraska Air National Guard’s 155th Air Refueling Wing and the airport is also home to Duncan Aviation, a large family-owned aircraft maintenance and refurbishing company.

Duncan Aviation has been in operation since 1956, and has a long history of doing right by their customers. Duncan Aviation is a premier aircraft maintenance, modification and refurbishment service provider headquartered in Lincoln and they needed to have a larger paint hangar to provide full exterior paint services to customers who fly larger business aircraft. This need was met by Tectonic Management Group, Inc. of Wheat Ridge, CO, a Design/Build General Contractor.

The word “Architect”, derived from the Latin “Architectus” and the Greek “Arkhitekton”, literally means “Master Builder.” Tectonic Management Group embodies this definition of “Architects that Build” by leading the design process as an Architect and the construction process as the General Contractor. The company vision is to be a Premier Design and Construction company that does what it promises, which is totally in line with Duncan’s history of doing right by their customers.

Tectonic Management designed a new 45,000 square foot aircraft paint facility which will allow the input of some of the largest business aircraft in use today. The planned hangar has the latest down-draft air flow technology, utilizing a two-zone airflow system to provide the best paint environment possible for aircraft. To accomplish this, Monoxivent’s UnderDuct FRP duct was selected as the material of choice to bury below the hangar floor and connect the various concrete down-draft trenches. Supplied to the project by Monoxivent’s representative Air-Side Components of La Vista, NE, the project required approximately 400’ of Monoxivent’s Single Wall UnderDuct with the majority of it comprised of 48” diameter duct. As a Class 1 duct, UnderDuct was the perfect choice for the design and construction of this airflow system and will be part of this historic airport for years to come. 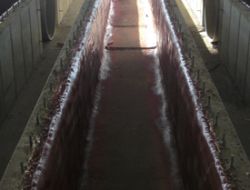 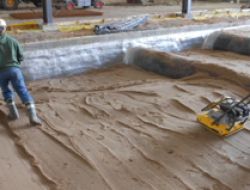 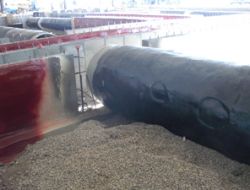