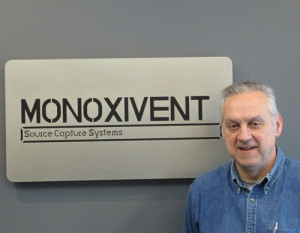 Vander Wal, most recently, served as Production Manager at The Horizon Group, Inc., since 2011.

From 1993-2010 he worked within the fiberglass industry. During that time he was the Plant Manager at Fabri-Glass Composities, Inc.; Engineering Manager at ACO/Yankee Plastic Co.; and Operations Manager at Yankee. He began is career in the recruiting and staffing industry.

“With Scott’s experience in FRP manufacturing and custom FRP design, he will certainly be a major asset in increasing Monoxivent’s growth in the industrial market,” said Jim Wischhusen, FRP Division Manager.

Vander Wal has a B.S. in Business Administation from Mount Mercy College and an A.A.S. in Design and Drafting from North Dakota College of Science. He also has received training with AutoCAD and Solidworks.

Vander Wal can be reached via email at: svanderwal@monoxivent.com.